The Saturn dealership where I used to work is now a Kia store. There is alot of red trim on that aging building on Gordon Highway, nestled in between failing businesses in a declining part of town. I picture the interior of that structure when I drive by on my way to Sconyers, or the airport, or the flower warehouse, wishing I could pull in and just nostalgically walk around. I spent 60 hours a week for 6 years in that building; I knew every inch of that place. I was involved in so many aspects of the business that the Saturn IT guy had to call me at my new job to get the password to the network computer. A former friend who worked there years after I left said he could still see evidence of my work on bulletin boards in the hallway.

The Saturn building on a snowy day

The primary motivation behind my desire to snoop around is sentimental. Kevin and I worked there together in the late 90’s and early 00’s, during a time in my life when I was in what I call my “bad boy” phase, dating guys who were not compatible with me. Kev and I got along well as co-workers, a relationship of mutual respect. I never thought of him as anything except a kindred workaholic spirit, except for one day,  standing in his office, watching him juggle stressful situations with grace. He reached into his drawer and ran a quick brush through his hair while saying something that made us all laugh. In that moment, a thought occured to me: if I ever do decide to stop fucking around with guys who are all wrong, I need to find myself someone just like Kevin. 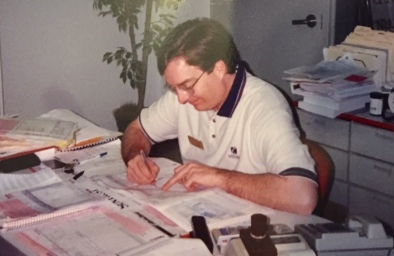 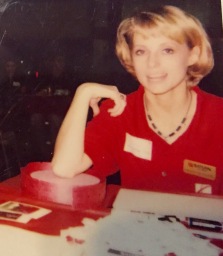 A few years later, my shitty romantic habits were beginning to concern me. I was teetering toward 40 with no real sense of why I sabotaged healthy relationships in favor of drama-filled ones. I had been in this place before, and even sought counseling about it, but always disliked the therapists I met. One therapist was fresh out of college and had a look of panic when I shared my feelings with her. Another was a nerdy type who left me feeling judged. Despite these failed attempts, I thought I would give it one last try, calling on a therapist who knew both of my parents, as well as one sister. I figured it would save us some time if I didn’t have to describe my family dynamic with her. Let’s call her Dr. Liz.

When I called her office to set an appointment, the receptionist stated that Dr. Liz was not accepting any new patients. I would not be deterred. “She has to see me!” I exclaimed. “She already knows my whole family and I need her help!” The young woman put me on hold, returning a few minutes later with the good news. I started therapy the following week.

I don’t recall much about the short time I visited Dr. Liz, except her office filled with books and one of those small flat dishes filled with sand and a tiny rake for nervous people who want to move the sand around in a meditative way. I do know that I was happy to finally meet a therapist I liked, who was cool and stylish and non-judgey. I didn’t see her very long, as she would finally determine that there was really nothing wrong with me, including my proclivity to sometimes “live in the past”. She explained that some people just spend more time than others thinking about the past, and that it was perfectly fine. She also told me it was perfectly fine if I never settled down, and not to worry about it. Maybe it will happen, maybe not. The main thing was just to always be honest about my feelings.

It was such an enormous relief to hear someone I respected give me a diagnosis of “you are ok.” I stopped worrying about life so much after that, and terminated my toxic relationship. Years later, when I heard that Kevin was getting a divorce, I felt like it was a sign that I should reach out to him. It took a bit of convincing for him to go out with me, but once we found a slow, comfortable way to get to know each other, the foundation was formed for something healthy and lasting. Early in our courtship, when Kevin still worked at Saturn and neither of us had cable TV at our respective apartments, we would stop by Zaxby’s on Sunday evenings for dinner to-go, and head over to the dealership to drink wine and watch Brett Michaels in VH-1’s Rock of Love.

The lounge where we watched Rock of Love. Was the TV really that small??

So yes, thinking of those fun times with Kevin, I do still feel a bit of fondness for the past, and that is why I feel the pull of that old dealership with the red trim on Gordon Highway. I yearn to walk through the halls where I used to spend so much time. I could see the office where I first thought of him as a person instead of just a cool co-worker. I could see the customer lounge where we used to eat chicken fingers and watch reality TV. I could visit the ladies room where I cried over icky boyfriends and know that I never have to feel that way again. My memories during the years when the building still held the Saturn logo set the stage for the life I live now. And though I don’t think I really “live in the past”, I do feel an immense gratefulness for those years, when I grew up a little. It’s because of my time in that building that I was able to find something better for myself than what I had. I not only found someone just like Kevin, I got the real thing. And it is even more amazing than I imagined it would be.